MacOS and Windows running on Proxmox

I've been working on this tiny turned big sized project on running both MacOS and Windows on a single workstation at the same time. There were a lot of challenges with this build from various usability issues to issues that I faced with my personal set-up.

(that I figured out along the way)

The host OS uses Proxmox 6.2, and the setup is pretty straight forward. Download the iso off the proxmox website, load it up to a usb drive via Rufus and install it. Once you have installed it, you'll be able to connect to proxmox via the web interface. The changes that I made to proxmox was to remove the annoying no subscription message and to enable the public repo for updates.

My host machine has the following hardware specifications:

The hardware above was basically requisitioned along the way as I found more issues to solve and this is probably the exhaustive list.

The most annoying part of this entire build was getting USB 3.0 support. The board I am using does not come with USB 3.0 and because I wanted USB 3.0 support, I had to find an add-in card that worked properly with device resets + MacOS. In the end, I could only manage to achieve one of them which was MacOS support. The current card uses a Fresco Logic 1100 Controller and has native MacOS Support. There was another card which I actually preferred due to it having 2 x USB 3.0 headers and would allow me to connect the ports on the front of my case. That card however uses a Renesas uPD720202 and doesn't work well with MacOS. Streaming (Audio + Video) data over the Renesas chipset would not work therfore I had to use the FL1100 card. You can read more about the various cards I tested here

One USB 3.0 port is used by the Dell U2715H's USB hub that has the audio interface and other devices connected to it, while the other is for the Orico MH4PU that's mounted on the bottom of my monitors that allow me to easily connect usb devices to either OS. The Left being MacOS and the right being Windows.

There are some issues mounting the Orico MHP4U to the bottom of the monitor as this monitor isn't flat at the back but, I'll probably just use some 3M VHB tape to solve this. The hub doesn't come in a black variant and therefore I just spray painted mine. 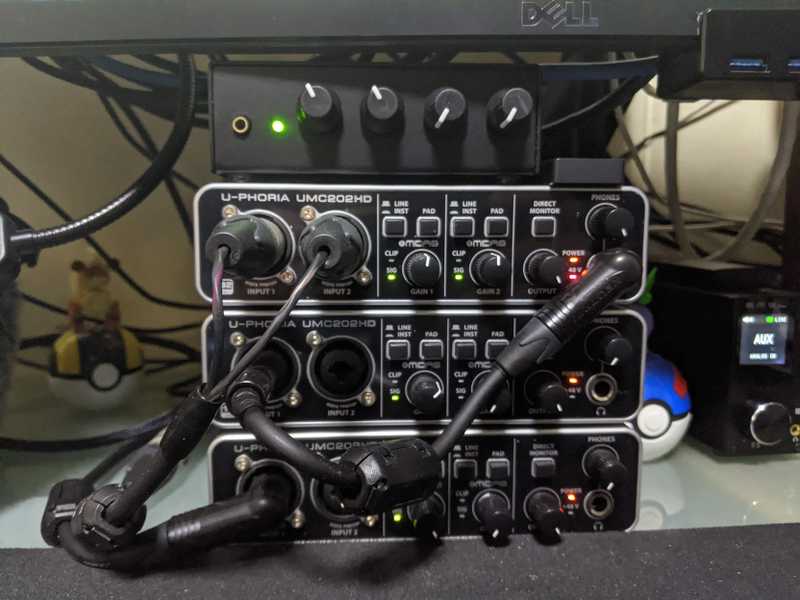 The audio setup was basically modelled after the post of audio hardware for vfio setups by the guys over at The Passthrough Post. The only difference here was that I decided to get the more expensive Behringer UMC202HDs for both VMs as that gave me the benefits of stacking the audio interfaces and have more inputs/outputs. The first interface is used as an input for the microphone which is an Audio-Technica AT2035. I bought an XLR Splitter because the way this interface works is that it splits the first input to the left channel and, the second input to the right channel when using direct monitor. I wanted the audio on both channels and that's where the splitter comes in.

The Rolls MX51s mixer takes the output from the second and third interface that is connected to both the MacOS and Windows VMs respectively and outputs to the S.M.S.L AD18 via AUX which then outputs the audio from both OSes at the same time. 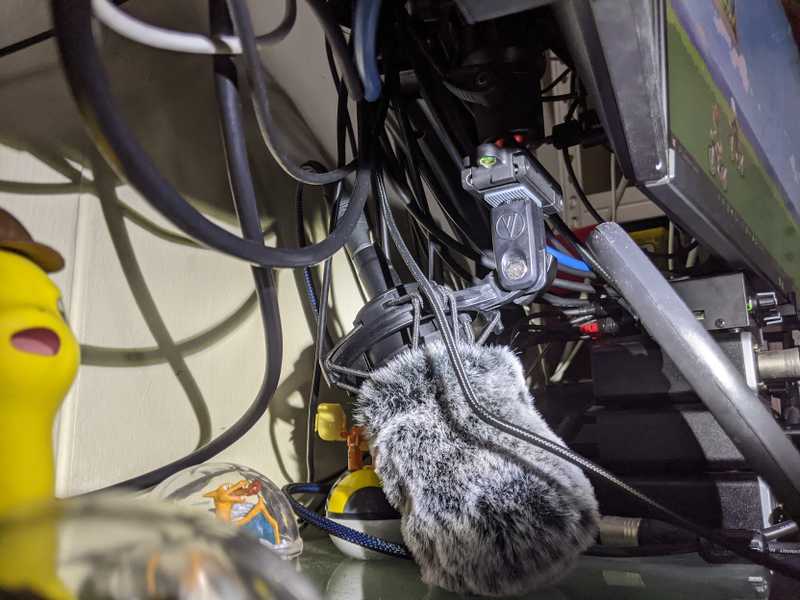 The microphone set-up involves mounting the microphone to the Ulanzi MT-11 tripod and hanging it upside down from my monitor mount, so it's basically hanging at the bottom. Placed a simple fur cover that takes care of wind (from my fan) and a pop filter hovering on top of it. 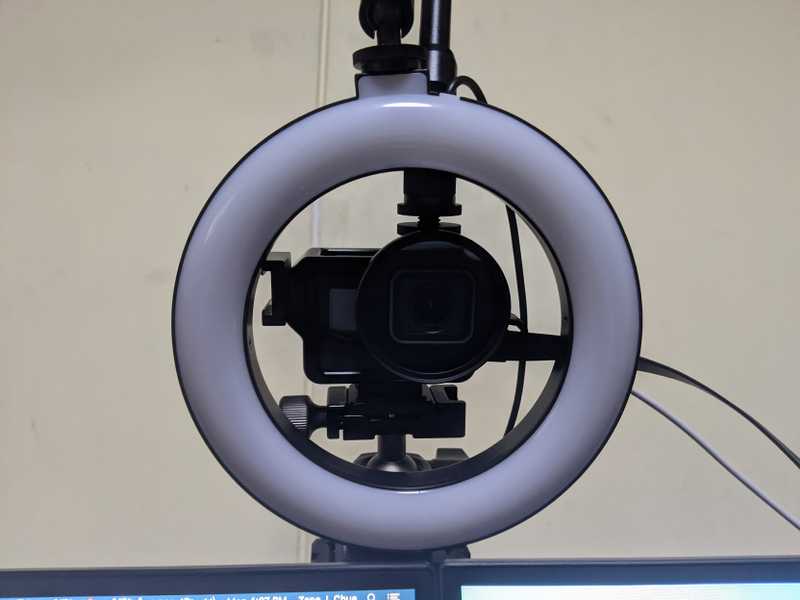 The Webcam/Video setup was inspired by the audio setup and when coupled with the use of these cheap usb hdmi capture devices that have been popping up with "raving" reviews, enables us to accomplish this pretty cheaply sans the GoPro. A USB hdmi capture dongle is each connected to the MacOS and Windows VMs. 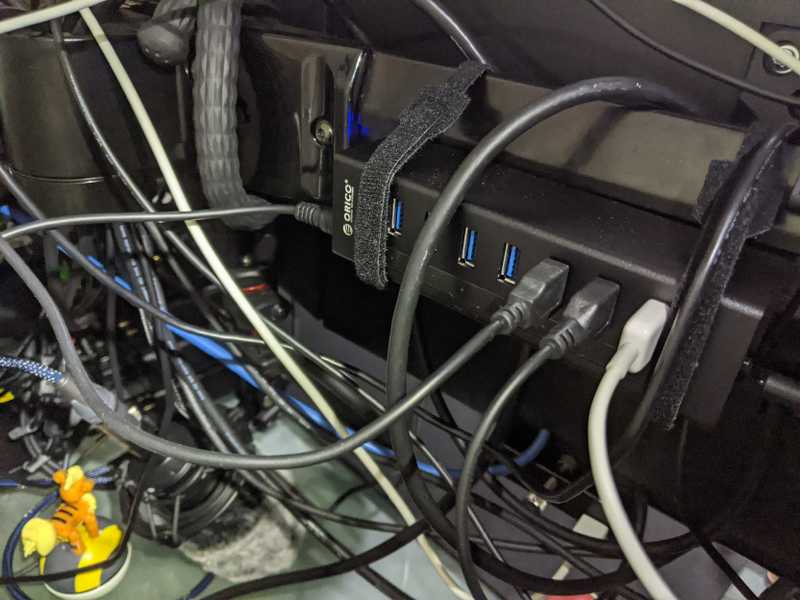 The GoPro is configured to output the live view through HDMI and is powered via the Orico 7-Port USB Hub. This hub has no other use than to provide power for the components. The output of the GoPro goes to the HDMI splitter and, the splitter is connected to each of the USB hdmi capture dongles. This allows us to have real time video input for both MacOS and Windows. 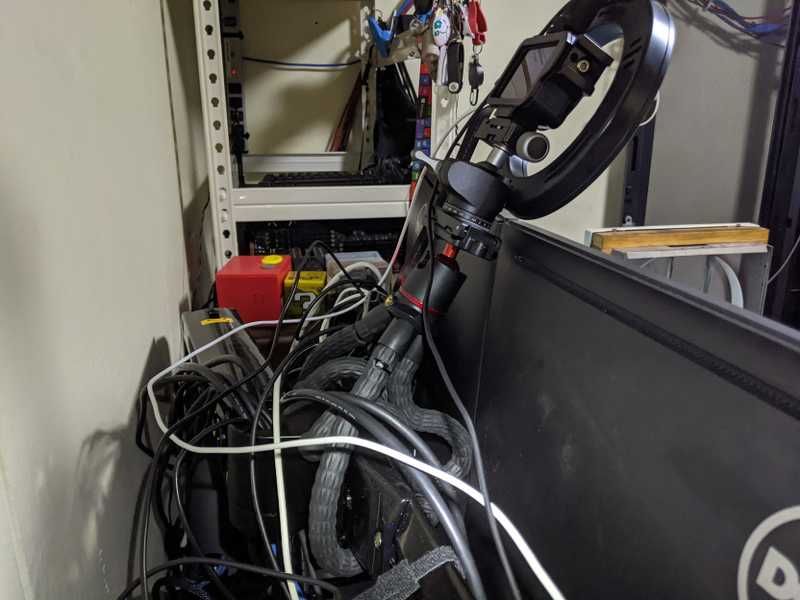 The GoPro itself is mounted on a Ulanzi MT-11 tripod with the Eyegear Case. I like this case particularly because it gives you the sliding door to ensure your GoPro stays in and allows you to open the side door for the hdmi and power cables. It has two hotshoe mounts which I used to mount a 6" LED USB Light after noticing my video input was a little dark. This case also gives you the ability to screw on any 55mm filter but I haven't had a good experience trying filters that "zoom" in so that the view isn't so wide. I've just resorted to using OBS to do it.

There is a small issue that I faced with the GoPro output automatically changing the configuration by itself. I think this has something to do with me not placing a battery inside the GoPro and trying to use the 2.7k resolution which results in heat and not enough power. I've changed it back to 1080p@30 and hopefully this will resolve that issue altogether.

For the host, I have the following four files in /etc/modprobe.d/ that will prepare the system for the MacOS and Windows VMs.

This was made to allow for nested virtualization support, e.g. support for Hyper-V/Docker 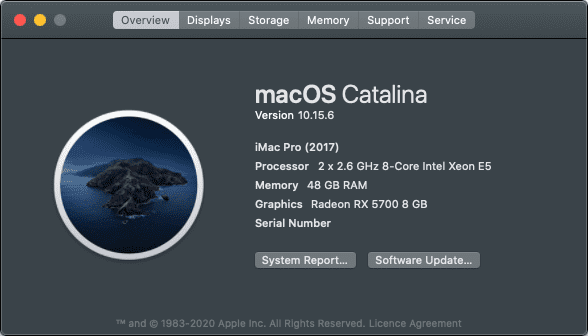 MacOS installation is pretty straight forward as long as you have access to a Mac. I followed Nick Sherlock's guide which you can find here. The installation process for MacOS is mainly the same as the guide, they should only differ in the modprobe configuration for the host. As for MacOS itself, the only thing I added was agdpmod=pikera to the boot options of OpenCore as I'm using an RX 5700.

My MacOS VM has the following specifications:

There are still a list of issues with MacOS, some have been resolved but there are some caveats that you just have to live with.

Here's a list of issues that I faced with MacOS: 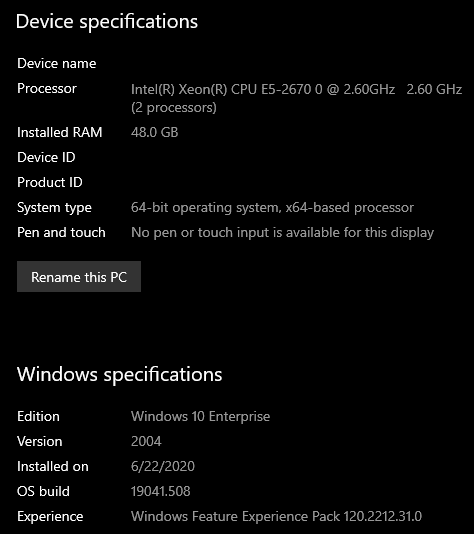 Installation for Windows is pretty standard, upload the ISO to proxmox and just finish the installation to the NVMe drive. I had some issues with setting the NVMe drive as the default boot order, but you can use the following workaround that I have detailed here.

My Windows VM has the following specifications:

As for Windows, there really isn't much to say. You'll have to install the VirtIO drivers since we want to get full network speed and as much performance as possible. The only issue I have noticed so far is when I first installed the FL 1100 card, my audio interface refused to work.

Pro Tip: Don't install the Fresco Logic drivers, use the one that comes with Windows. 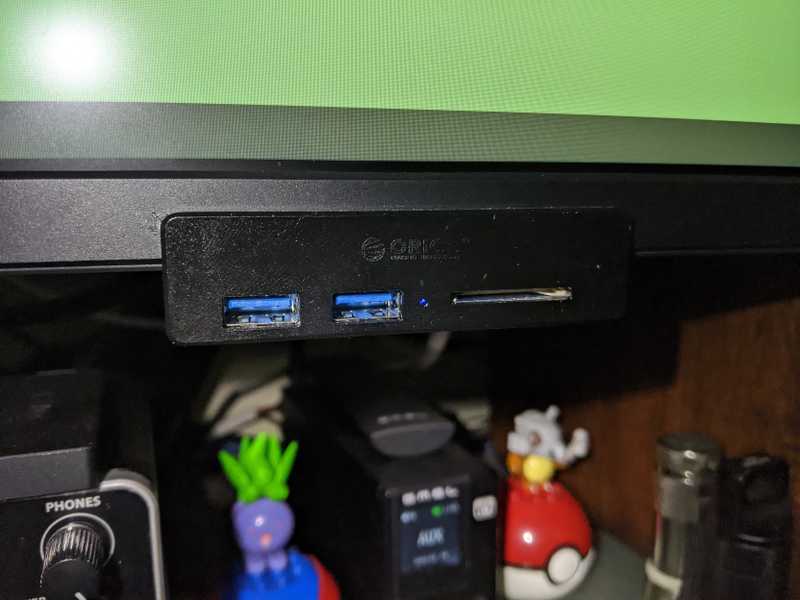 I think for most of us, we have the front IO on our case for easy usb access and what not. In this instance, that's where the Orico MHP4U that I mentioned above comes in. This allows you to plug devices into either OS at any point of time and the fact that they are sitting below the screen of the OS should be an easy indicator of which one to plug to in the event you manage to forget which OS is which. 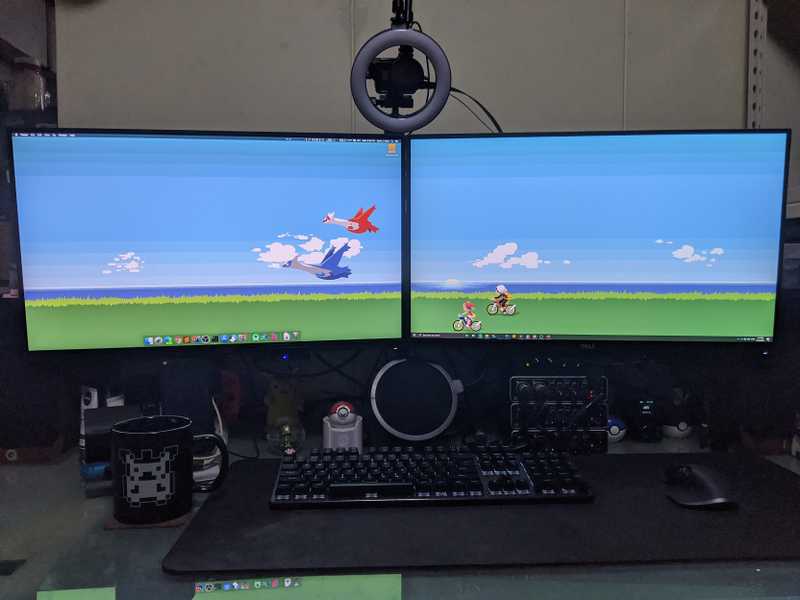 All in all, this was a fun side project to work on and make usable. I am sure I'll still be making small improvements here and there but the gist of the information is here. I was wrecking my brains out at how to get all of this working at the start but this should serve as a good summary/build log for my future self when I revisit this topic again. If you've made it this far, thanks for reading! If you've any questions, ping me on twitter @zanejchua as I still haven't gotten comments set-up on my site.

Well done! Looking forward to updates. As I only have one GPU, a 3080, I will likely not run simultaneous user-video VMs. I have read that Proxnox has issues with True-FreeNAS, so I am considering ESXi with the VMUG discount. Although I much prefer FOSS if not too time-effort expensive.